This text is for question 21.

X : Where are the children?

X : What? You shouldn't have left them there without being watched. Go and bring them back to the hotel. Tell them to have their lunch and stay in the room.

Where are the children likely enjoying themselves now?

D. At a mountain resort.

This text is for question 22.

Rama : What do you plan to do this coming Saturday, Shita?

Shinta : I have nothing to do. Why?

Rama : Would you come to my birthday party?

Shinta : Sure, what time will the party  start?

What is Shinta going to do on Saturday?

B. To prepare the party.

C. To celebrate her birthday.

D. To make a plan for the weekend.

A. a golf resort

B. a new hotel

D. the beauty of Bali

E. the beauty of nature

The underlined word is close in meaning to ....

A. piece of land

The Princess and the Pea

Once upon a time there was a Prince; he wanted to get himself a Princess, but she had to be a real Princess. So he travelled all over the world to find one, but in every case something was the matter. There were lots of Princesses, but he could never quite make out whether they were real or not. So he came back home feeling very unhappy.

One evening a terrible storm came. Lightning flashed, thunder rolled, and the rain poured down in torrents. It was simply awful! Suddenly there was a knock at the city gate, and the old King went out to answer it.

There was a Princess standing outside, but what a sight' the rain and the bad weather had made of her! The water streamed down her hair and her clothes, and yet she said she was a real Princess.

"It won't take a long to find that out," thought the old Queen. Without saying anything, she went into the bed chamber, took off all the bedclothes, and placed one pea on the bottom boards of the bed. Then she took twenty mattresses and put them on top of the pea, and after that she put twenty feather-pillow on top of the mattresses.

That was where the Princess was to spend the night.

In the morning they asked her how she had slept. "Oh, dreadfully!" said the Princess. "I hardly slept a wink all night. Whatever could have been in the bed? I was lying on something so hard that I'm black and blue all over."

So of course they could see that she was a real Princess, since she had felt the pea through the twenty mattresses and the twenty feather-pillows. No one but a real Princess could have such tender skin as that.

So the Prince took her for his wife, and they lived happily ever after.

26. From the story we can conclude that the princess ....

D. had a cunning trick.

27. Which paragraph describes the awful look of the Princess when the King and Queen saw her for the first time?

The sentence shows that the princess ....

A. slept on a hard mattress.

C. could sleep all night

E. did not get much sleep

A device called a facsimile machine is used for trans¬mitting and receiving images. Facsimile machines resemble small photocopiers. However, they are equipped with a telephone or are connected to one. To send a document, the user inserts it into the machine and dials the telephone number of the receiving fax machine. After the connection is made, an electronic scanner on the transmitting machine moves across the page and converts the image into a set of electric signals. These signals travel over the telephone line to the receiving fax machine. That machine converts the electric signals back into an image of the original document and then prints a copy.

Some business people use small desktop fax machines or portable models at home or when they travel. A personal computer can also be used to send and receive documents if it is equipped with a special electronic circuit board called a fax board.

29. What is the main information in the second paragraph?

A. A facsimile machine is a small photocopier.

B. A facsimile machine is equipped with a telephone to transmit images.

D. A facsimile machine converts the electric signals back into an image

30. What do you call the device in the facsimile machine that converts the image of the document into a set of electric signals?

31. What do you need to enable your computer to send and receive documents like a fax?

32. "Facsimile, often called fax, is a way of transmitting texts and pictures over telephone lines." (Paragraph 1) The underlined word may be replaced by ....

J.P. There was a bad accident on Sudirman street last night. A bus which was travelling south was hit by a large truck. Several people in the bus were killed, including the driver. The injured people were taken to the hospital. The driver of the truck was drunk. He was taken to the police station to be interrogated.

E. A fight between two drivers.

A. the driver of the truck was drunk

B. the driver of the truck ran away

C. the driver of the bus was killed

D. the driver of the bus escaped

E. the driver of bus was ill

35. "The injured people were taken to the hospital."

The word injured is similar to ....

36 From whom did the police get the information about the accident?

B. The driver of the bus.

C. The driver of the truck.

D. The passengers of the bus.

E. Both the bus driver and the truck driver.

Forests are very important for their products, They are also important to keep the soil fertile and to prevent flood. The fallen leaves and decayed plants become humus which makes the soil rich and holds the rainwater.

For many years, people have not been obeying the government's regulations. They have been cutting down the forest trees carelessly. As a result, thousands of hectares of land has become worse and the rivers will be full of mud. In the wet season there will be erosion and floods which will destroy the farm lands and villages.

37. What is the main idea of the second paragraph?

A. Rivers are full of mud,

E. Deforestation has caused a lot of destruction.

38. The following statements are the advantages of forests mentioned in the text, EXCEPT ....

A. They keep the soil fertile.

B. They prevent flood.

D. a kind of artificial fertilizer.

40. "They are also very important to keep the soil fertile and to prevent flood." (Paragraph 1)

A. cause D. change

The smooth, streamlined shape of the plane allows the air to flow easily over its surface. This helps to reduce the drag caused by the air pushing against the plane and allows it to move rapidly through the air.

Planes move forward using engines. This movement is called thrust. Moving forward keeps a stream of moving air passing over the wings. If the engines fail, the plane will begin to descend very quickly.

The air above the wing moves faster, so it is at a lower pressure than the air under the wing.

The air under the wing moves more slowly and is slightly squashed, so it is at a higher pressure than the air above the wing.

41. What does the text describe?

A. How the wings of a plane work.

B. How the plane moves forward.

C. How the plane is made.

D. The engine of a plane.

E. How a plane flies.

A. a stream of moving air passes over their wings

B. there is air pressure under their wings

43. "This helps to reduce the drag caused by the air pushing against the plane and allows it to move rapidly through the air." (Paragraph 2)

44. What is the use of air pressure under the plane's wings?

B. To keep moving.

C. To squash the wings.

E. To reduce their weights.

"Should we have printed advertisements?" There are many reasons for people to answer this question. Many people have strong views and feel that ads are nothing more than useless junk mail, while other people feel it is an important source of information.

Here are some reasons why we should have advertisements in newspapers and magazines. One reason is ads give us information about what is available. Looking at ads we can find out what is on sale and what is new in the market. This is an easy way of shopping. Another reason is that advertise¬ments promote business. When shopkeepers compete against each other, they try to sell their goods as cheap as possible or attract buyers by offering discount. In this case, buyers get the beneficial effects of this competition. They save their money.

On the other hand, some people argue that ads should not be put in newspapers and magazines. Firstly, ads cost the shopkeepers a lot of money to print into paper. Besides, some people don't like finding junk mail in their letter boxes. People may also find that ads are not very interesting. Ads also influence people to buy items they don't need and can't really afford. Ads use up a lot of space and a lot of effort has to be made to make the ads eye-catching.

A. reasons for printed advertisement

B. strong views on printed advertisement

D. advertisement as an important source of information

E. whether printed advertisement is important or not

46. Why do some people agree that advertisement should be printed?

A. It is easier to find advertisement in a newspaper.

B. It can give information what is on sale.

C. It can influence people to buy things.

E. It is an interesting issue.

47. Which of the following is a reason why ads are important to consumers?

A. Ads are only junk mail.

B. Ads cost a lot of money.

E. Ads help consumers to know what things are on sale.

B. have E. improve

Divorce dominates civil cases being tried at the Tondano District Court in Minahasa, where divorce rates are high.

"The divorce rate in Minahasa is no doubt high compared to other areas and it is a matter of great concern," said head of the Tondano District Court, Abraham Leatemia, in Tondano on Friday.

"Divorce dominated the civil cases tried at the court over the past year," he said.

Although he did not cite any figures, Abraham estimated that around 60 to 70 percent of the civil cases were divorce cases.

When asked about the reasons, he said general reasons were irreconcilable differences. "... but generally the wife or husband was having an extramarital affair," he said.

49. What does the text inform?

A. The high rate of divorce in Tondano.

B. Crime dominating the civil cases.

C. The reason of divorce cases in Tondano.

50. Which one is NOT TRUE according to the text?

B. Most of the divorce problem is extramarital affair.

D. The divorce problem becomes a serious attention of the authority.

E. Compared to other areas, the divorce rate in Minahasa is the highest. 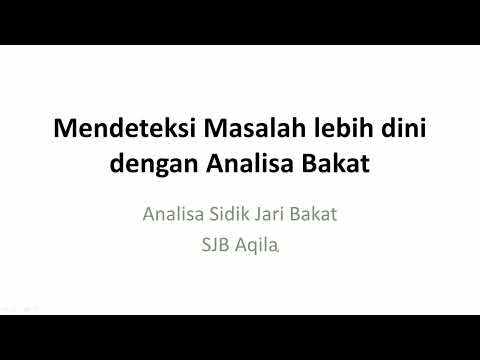