1. In which section would you likely read the ad?
A. Company for sale.
B. Office equipment.
C. Job vacancy.
D. Entertainment Guide,
E. Stationary and office.

2. What position is offered in the advertisement?
A. Salesman.
B. Wholesaler.
C. Accountant.
D. Office staff.
E. Director assistant.

3. Apply with curriculum vitae to Mrs. Barton.
What information should the applicant include in it ?
A. Experience in managing a company.
B. A statement of salary wanted.
C. A prove of knowing about stationary.
D. A statement of responsibility.
E. A statement of education and work experience.

8. Which information is NOT TRUE about the University of Australia?
A. It has an international educational reputation.
B. It also has a specialized technology campus.
C. It has six technology campuses.
D. It is Australia's largest university.
E. It has good relation with industry.

9. It is stated that the university has good relationship with ........
A. educational professionals
B. specialized technology
C. large universities
D. other campuses
E. industry

10. "The University of Australia has an international educational reputation for ..."
The underlined word means ........
A. Knowledge
B. Prestige
C. Attitude
D. Character
E. Interest

13. "The burglars broke into the students room ...."
The underlined phrase means ........
A. Broke forcefully
B. Entered by force
C. Put into pieces
D. Easily entered
E. Came into

An elephant is the largest and strongest of all animals. It is a strange looking animal with its thick legs, huge sides and backs, large hanging ears, a small tail, little eyes, long white tusks and above all it has a long nose, the trunk.
The trunk is the elephant's peculiar feature, and it has various uses. The elephant draws up water by its trunk and can squirt it all over its body like a shower bath. It can also lift leaves and puts them, into its mouth. In fact the trunk serves the elephant as a long arm and hand. An elephant looks very clumsy and heavy and yet it can move very quickly.
The elephant is very intelligent animal. Its intelligence combined with its great strength makes it a very useful servant to man and it can be trained to serve in various ways such as carry heavy loads, hunt for tigers and even fight.

16. Which of the following is NOT part of the elephant described in the first paragraph?
A. It looks strange
B. It is heavy
C. It is wild
D. It has a trunk.
E. It has a small tail.

Have you ever wondered how people get chocolate from? In this Article we'll enter the amazing world of chocolate so you can understand exactly what you're eating.
Chocolate starts with a tree called the cacao tree. This tree grows in equatorial regions, especially in places such as South America, Africa, and Indonesia. The cacao tree produces a fruit about the size of a small pine apple. Inside the fruit are the tree's seeds, also known as cocoa beans.
The beans are fermented for about a week, dried in the sun and then shipped to the chocolate maker. The chocolate maker starts by roasting the beans to bring out the flavor. Different beans from different places have different qualities and flavor, so they are often sorted and blended to produce a distinctive mix. Next, the roasted beans are winnowed. Winnowing removes the meat nib of the cacao bean from its shell. Then, the nibs are blended. The blended nibs are ground to make it a liquid. The liquid is called chocolate liquor. It tastes bitter. All seeds contain some amount of fat, and cacao beans are not different. However, cacao beans are half fat, which is why the ground nibs form liquid. It's pure bitter Chocolate.

20. The third paragraph focuses on ........
A. the process of producing chocolate
B. how to produce the cocoa flavour
C. where chocolate comes from
D. It the chocolate liquor
E. the cacao fruit

Two students were discussing the school's new rule that all the students must wear a cap and a tie. One of them showed her annoyance. She said that wearing a cap and a tie was only suitable for a flag rising ceremony. So, she was against the rule. Contrary to the girl's opinion, the other student was glad with it. He said that he didn't mind with the new rule because wearing a cap and a tie will make the students look great and like real educated persons. The first student gave the reasons that they would feel uncomfortable and hot. Moreover, the classrooms were not air conditioned. The second said it wasn't a big problem. He was sure that the students would wear them proudly. They would surely be used to it any way.

23. The two students are discussing ........
A. the facilities in school
B. their homework
C. their uniform
D. their friends
E. their family

25. The boy believed that all students would ........
A. have a high spirit to study
B. solve their own problems
C. care for their environment
D. follow the new rule
E. feel uncomfortable

26. "One of them showed her annoyance, ..."
The underlined word is close in meaning to ........
A. Responsibility
B. Displeasure
C. Agreement
D. Applause
E. Response
SINGAPORE: A supervisor was jailed for two months for repeatedly striking his Indonesian maid on the head and back with a television remote.
Muhammad Shafiq Woon Abdullah was brought to court in Singapore because he had physically hurt the woman on several occasions between June and October 2002. the Straits Time said.
The magistrate's court heard that Shafiq, 31, began striking Winarti, 22, about a month after she started working for him.
He hit her on the head with the TV sets remote control because he was unhappy with her work. On one occasion, he punched her on the back after accusing her of daydreaming.
S.S. Dhillon, Shafiq's lawyer, said that his client had become mad when he saw his daughter's face covered as she was lying in bed. He said his Client thought the maid had put the child in danger.

30. Why did Shafiq punch Winarti on her back?
She was accused of ........
A. talking much time for herself
B. not working properly
C. working carelessly
D. daydreaming
E. being lazy

Singapore is a city state, it is a city but it is also a state. It is a republic. Along with Indonesia, Malaysia, Thailand, the Philippines and Brunei, it belongs to ASEAN, the Association of South-East Asian Nations.
Like Indonesia, Singapore is a country of "Bhineka Tunggal Ika." Chinese, Malays. Indians and Eurasians make up its citizens. Other Asians, including Indonesians, Japanese, Philippines, Koreans, Thais and Arabs also live on that tiny island. Singapore is sometimes called "Instant Asia" because you can see varieties of customs, cultures, and foods of nearly all Asia in Singapore.

34. Eka    : Are you free today?
Lidya : Yes, what's up?
Blur   : Would you like to come with me to see the "Peterpan" show tonight?
Lidya : Thanks, I'd be delighted to. It's my favourite band.
What are the speakers going to do?
A. To stay at home.
B. To see Peterpan show.
C. To arrange their free time.
D. To watch Peterpan at home.
E. To come to their friend's house.

35. Mira     : Hi, Dad, I will be late home because the committee will hold a meeting after class. Father   : It's okay but you must go straight home after the meeting.
Mira     : Don't worry, Dad.
Mother : What did Mira say?
Father   : She said that she would be late home today.
What is the most possible place where Mira is talking to her father?
A. A hall.
B. Her home.
C. The office.
D. Her school.
E. A meeting room. 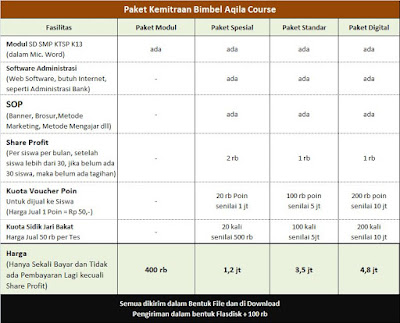